They say that to execute a pairs routine fully, you must have chemistry with your partner. If that’s the case, then Alex and Maia Shibutani got everything covered. The pair has proven experience at the Olympic level, and manages to make everything fresh and surprising. Maybe they’re also being a little unfair as they’ve known each other for the rest of their lives.

Here’s everything you wanted to know about the ‘ShibSibs’—interesting facts about them, their lives, and their professional careers.

Maia and Alex Shibutani were born three years apart of each other. Maia has her birthday in 1994, July 20th; Alex Shibutani was born sometime in 1991. They got their break at a very young age; Alex began skating at 7 while Maia got her start at 4-years-old.

A string of achievements 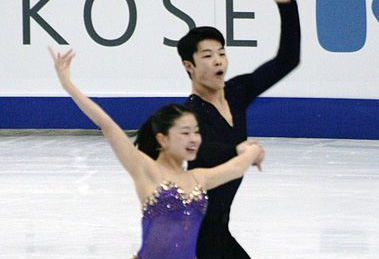 The siblings are not to be taken lightly either; they are both back-to-back National champions and have finished ninth among the field at the Sochi Olympics in 2014. From the time they’ve started lacing their skates, they’ve won a medal at each competition they joined.

The way they’ve trained speaks of their dedication. To prepare for the Sochi Olympics, they trained at Michigan, where they partnered with equally talented couples Charlie White and Meryl Davis. Scott Moir and Tessa Virtue were also training partners at the camp.

Dedication to their fans 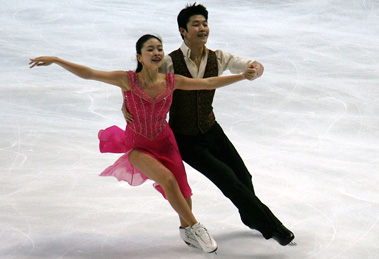 The ShibSibs—as they are famously known—has a YouTube channel that they regularly update. This is where they regularly tell their fans their likes, dislikes, and activites, like the fact that Alex is 6’ and Maia is 5’3”, a perfect partnership for pairs skaters.

What they would be if they weren’t skating

Maia and Alex Shibutani perhaps still look forward to a life after skating. Maia loves food, and she thought maybe she’d love to cook after skating. Alex is also a foodie like her, but ever the consummate athlete, he loves his city; Alex is an avid follower of all Boston sports teams.

Alex and Maia Shibutani are still active in the professional skating scene. As much as you’d love to support them, know them as people more than you know them as athletes.

You probably were wondering how you’d become a really good skater on the ice. It’s great, then, to see some people who weren’t skaters at a point in their life. With dedication and the drive to succeed, however, these people managed to become so much more. Most of them turned professionals, walking their path until they became […]

So You Want to Figure Skate: Cross-discipline Skills to Become Successful

There are lots of ways to become successful in a sport of your choosing. You can choose to enroll in training centers and look for ways to better your craft. You can also choose to have a personal trainer well-versed in whatever sport you want to do. You can also do the training yourself, but […]

Learn to Figure Skate: The Do’s and Don’ts of Skating on Ice

Ice skating requires a certain degree of dedication and the drive to succeed, even if you’re only an amateur. To be really good, you have to know which things you need to do and those that you don’t. You do need to really want it to succeed; you don’t need to be lazy and lose focus if you […]