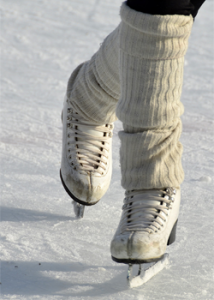 Those who were fortunate enough to watch the competitions got to see these athletes in action:

Stephen Carriere| the Championships provided a welcome showcase for Carriere to show his stuff. The male skating athlete went on to win silver after US champion Max Aaron bagged the gold. He had to get past Joshua Farris to get it. Stephen Carriere managed to get positive scores after his ‘Scheherazade’ and ‘Don Quixote’ routines. It was all 7s across the board for technicality and redemption of sorts for the winner of the 2007 Junior World Championships.

Gretchen Donlan, Andrew Speroff| The couple had been busy preparing for the competition. They went to Slovakia, where they bagged the Ondrej Nepela award; in Austria, they triumphed over the field to bag the Ice Challenge plum. It was also an initial international victory of sorts for them. The competition was actually the first they were competing in the mainland after a long time.

Young Pairs|the pairs to look out for in figure skating all figured in the US Figure Skating Championships. Names such as Caydee Denney and John Coughlin, Meryl Davis and Charlie White, and 2013 champions Marissa Castelli and Simon Shnapir make an appearance, with the latter out to defend their title. Meanwhile, Alexandra Aldridge and Daniel Eaton have a date of their own with destiny, set to compete in the senior dance competitions.

Yasmin Siraj| Siraj makes her own mark on the US Figure Skating Championships as the Boston-born teener is set to compete in the US Figure Skating Championships. Learning her trade from Boston’s very own Skating Club, she is thrilled to be competing in what seems like home court and is looking forward to the chance to show her skills in front of her family, friends, and the hometown crowd.